Draft in the Ukrainian ULAF team, with the support of the Sergey Dyadechko fund.

September 8 at 20:00 on the air in the first in Ukraine will be drafted into the national team of Ukraine. Oleg Gavrilenko and coach of the national team of Ukraine Alfonsin Williams will name players who will receive an invitation to select the team of the Ukrainian team. The selection will consist of several rounds, so Alfonsin Williams will tell what players expect in the selection.
Coaching staff chose candidates for the following indicators: game experience, personal statistics, as well as the evaluation of the game thanks to a video analysis of the 2017 season matches.
The general media sponsor of the broadcast will be the Sports Fund of Sergey Dyadechko DSF.
Do not miss! September 8, Friday, at 20:00 the translation is under the link http://mostvideo.tv/#live-player
Tweet
see also 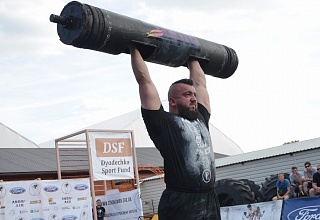