At the draw of the regular Champions League FIBA held in the Swiss Mi, ​​basketball club "Monaco" of Ukrainian businessman Sergey Dyadechko, recognized rivals in the group. They were the Israeli "Hapoel" from Holon, the Spanish "Murcia", the Russian "Yenisei", the Italian "Dynamo Sassari" and the German "Oldenburg". Two more places in the group will receive the winners of the qualification. The winner of one tour will be the best team from the quartet: the Austrian "Kapfenberg", the Portuguese "Benfica", the Bulgarian "Academic" and the Lithuanian "Juventus". And the second will get the strongest of the four in the composition: the Macedonian "Kaprosh Sokoli," the Estonian "Kalev", the Hungarian "Alba Fehervar" and the Turkish "Karshiyaka."

It is interesting that to participate in the draw FIBA ​​invited the sports director of the Monegasques Alexey Efimov, who in particular determined rivals in qualification for the Kiev "Budivelnik".

With one of the strongest upcoming opponents - "Dynamo Sassari" - the Monegasques already met last season in the Champions League. Then in the quarterfinals of the playoffs, they were stronger, twice defeating the Italians. As a result, "Monaco" reached the Final four and took the final third place in the tournament. 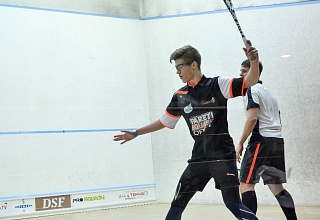