"Monaco" of Sergey Dyadechko signed a contract with Paul Lacombe

The 27-year-old Lakomb in his professional career performed only in his homeland and only for two clubs - ASVEL and "Strasbourg". As part of the first, he became champion of France and the winner of the French League Cup, and in the second - the winner of the French Cup and the French League Cup. The defender has experience of appearances in the Euroleague and Eurocup. In addition, he played for the youth teams of France of different ages and became the champion of the youth Eurobasket in 2010.

The last season was the most successful in Lakomba's career. As part of "Strasbourg" he scored 7.9 points, made 3.5 rebounds and gave 3.2 transfers on average for the match in the Champions League FIBA ​​and recorded in the asset for 9.0 points, 4.3 selection and 3.7 transfer in the championship of France. As a result of the season, Paul was recognized as the most progressive player of league Pro A. 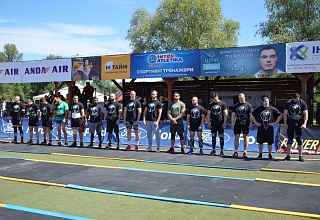