"Monaco" Sergei Dyadechko won the regular season, ahead of the meeting in the playoffs with ASVEL

The basketball club "Monaco" of Ukrainian businessman and philanthropist Sergey Dyadechko, having won in the last round on a visit to "Strasbourg" with a score of 92:85, finished the regular French championship in first place with 30 victories with only 4 defeats. The nearest pursuer, "Chalon", was behind the Monegasques by as much as 3 wins. "Monaco" for the second year in a row became the winner of the regular season, but now managed to improve the ratio of won and lost fights compared to last season.

In the quarterfinal series of the playoffs meeting with the current champion of France ASVEL of Lyon is waiting for the Monegasque. This season, this club, whose president is the famous NBA player Tony Parker, took only eighth place in the regular championship. However, it includes such masters as the ex-defender of the French national team Charles Kayudi and the experienced Australian bigman David Andersen. Leaders of ASVEL are a pair of legionaries - Puerto Rican point guard Walter Hodge and American center Darryl Watkins.

Last season it was the Liones who blocked Monaco's way to the championship, beating it in the semifinals. And now the club of Sergey Dyadechko is determined to take revenge for that defeat. The quarter-finals of the playoffs will be held in a series of up to 2 victories of one of the rivals. And the first and, if necessary, the third Monegasque matches will be held on its site. And the decisive part of the season for Monaco starts on the next Monday, May 22.
Tweet
see also 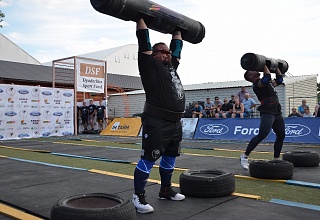