Today we dominate the Jeep Elie and the Champions League, but we wanted to strengthen the squad on the eve of the playoffs, as we expect very athletic battles with a rich game schedule.

We all remember how two years ago in the playoffs the team lost Darrel Mitchell, Yakouba Ouattara and Aaron Cel. Last year, Brandon Davies and Amara Sy suffered a fracture during the series with ASVEL, Jordan Aboudou was out of the game because of back problems.

The schedule of this season, in connection with the new format of FIBA ​​for the national teams, is even more difficult and tense. For almost the whole season, we are being victimized by injuries: Bangali Foffana has not played a game yet, for a long time we lost captain Amara Sy, Sergii Gladyr was heavily involved in the season after knee surgery. At different times on the sick list were: Aaron Craft, D J Cooper, Elmedin Kikanovic, Paul Lacombe, Ali Traore, Gerald Robinson, Chris Evans, Luk Loubaki. It seems to me that Georgy Joseph is the only one who did not miss a single game because of injuries.

In such circumstances, the decision to sign Jakub seems quite reasonable and logical. In addition, the arrival of Ouattara will allow the coach to modify the rotation somewhat: if Jakub can close the position of the third number, we can partially shift to the position of the heavy striker Chris Evans, which is important, while we can not count on Amara, and Damjan Rudez has not yet joined the team interaction and was not used to the peculiarities of the championship of France.
Tweet
see also 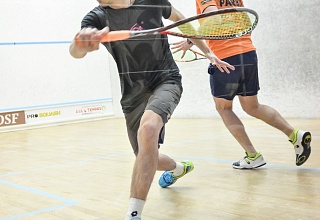