Team of Dyadechko Sergei beat DINAMO SASSARI with a score of 73:62

Club of Ukrainian businessman and philanthropist Sergei Dyadechko "Monaco" took the first step towards the Final four of Champions League FIBA, confidently defeating the Italian "Dynamo Sassari" with a score of 73:62 on his site in the first quarterfinal match. In the course of the fight, the advantage of Monegasks reached 22 points, but in the end the opponent managed to reduce the backlog a little. Players of Monaco established control over the course of the game already in the second quarter and, thanks to aggressive defense, forced Dynamo to admit for the meeting 24 losses.

Defender of the national team of Ukraine Sergei Gladyr in the "Monaco" for 21 minutes scored 5 points, made 2 rebounds, gave 4 assists and made 1 interception.

The return match will be held in Italy on March 29. 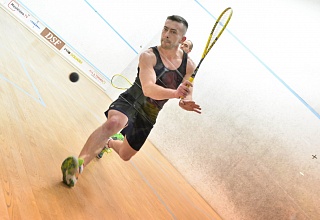